The characters in many of these paintings are based on images taken from the television show of the Christian miracle faith healer, Benny Hinn. The work is made quickly, often in one or two sittings. The color is usually high key and the paint a mixture of impasto and thin transparency applied with knives, rags, squeegees, stencils and brushes. Abstraction, in the form of large swoops and geometric shapes, frequently overtakes the figurative elements of the painting. At the same time, the work maintains a connection to old master religious painting. In particular, I’m fascinated by the mystical space of El Greco and the violent drama of Caravaggio. Some figures are discernible while others dissolve into color and mark. There are often bodies on the ground. These figures suggest violence and religious ecstasy, belief and doubt. The paintings constantly move toward building unresolved tensions between opposing forces both formally and thematically.

Click the images to enlarge. Use your keyboard (or mouse) to scroll through the paintings. 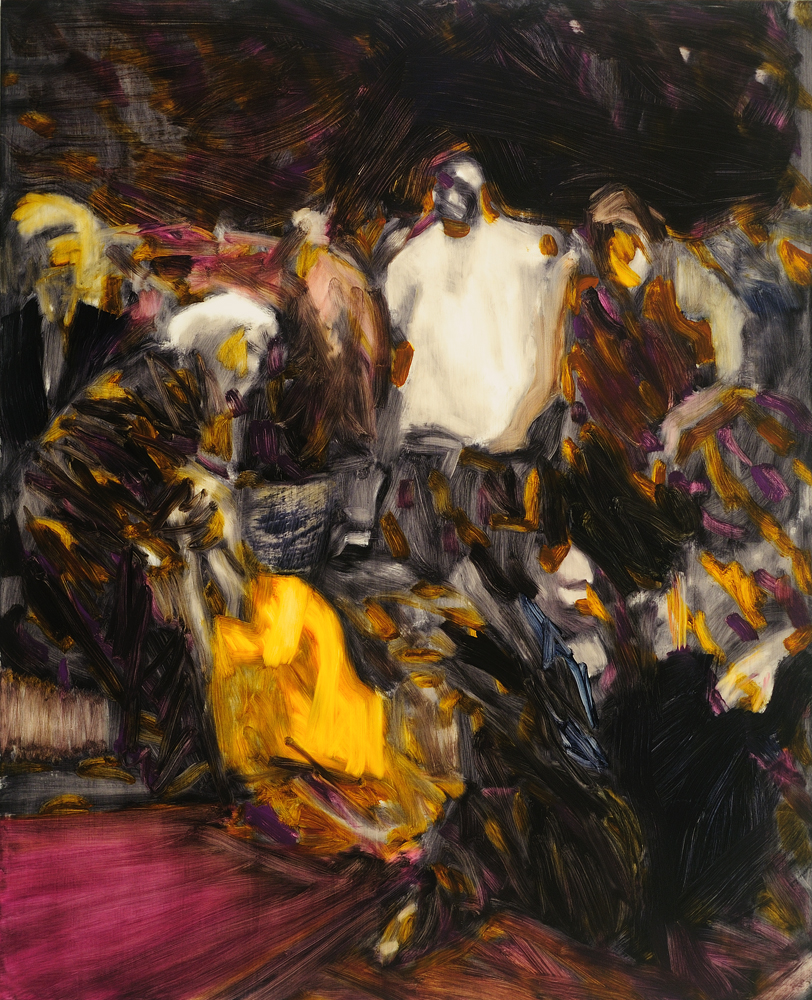 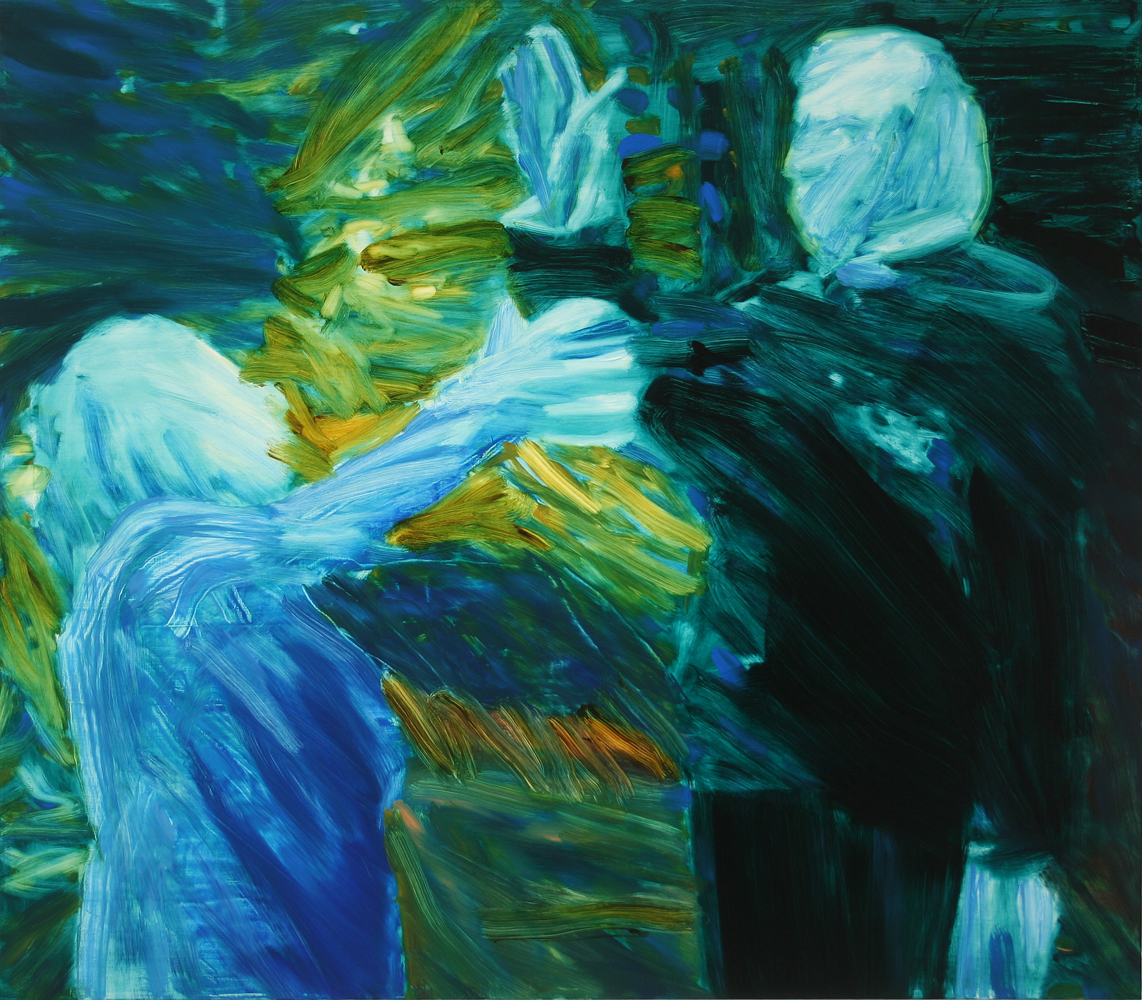 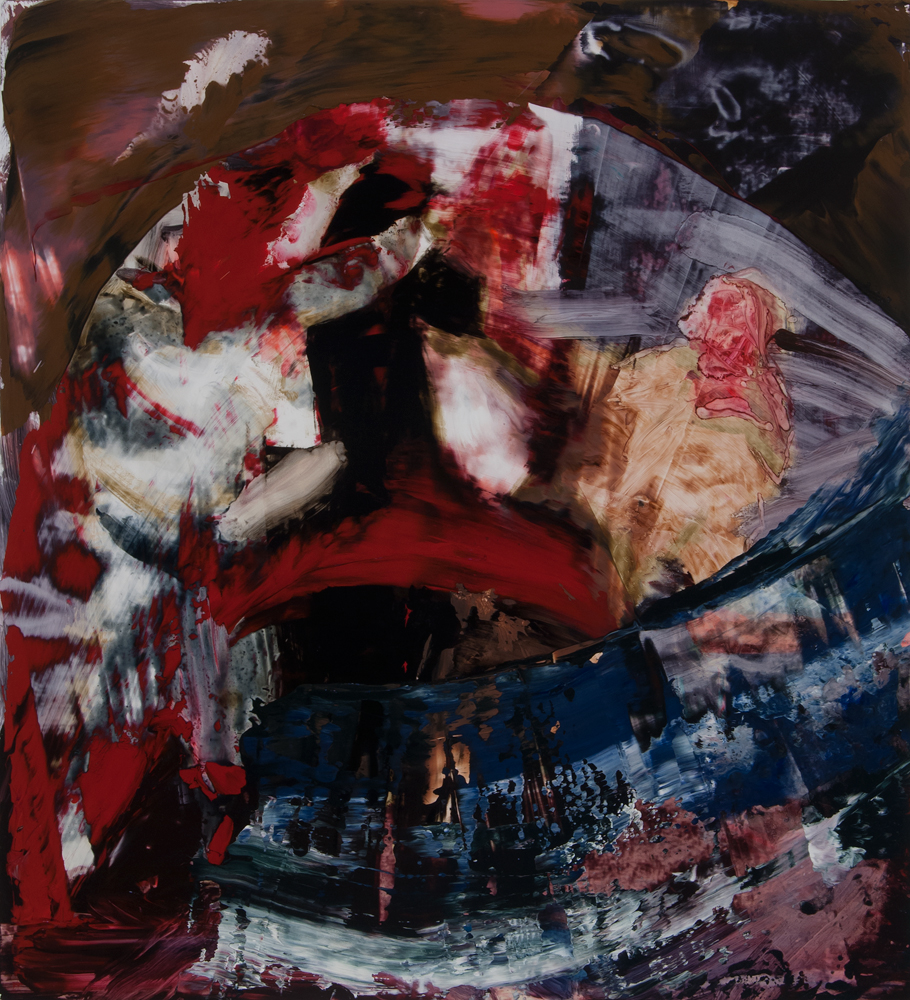 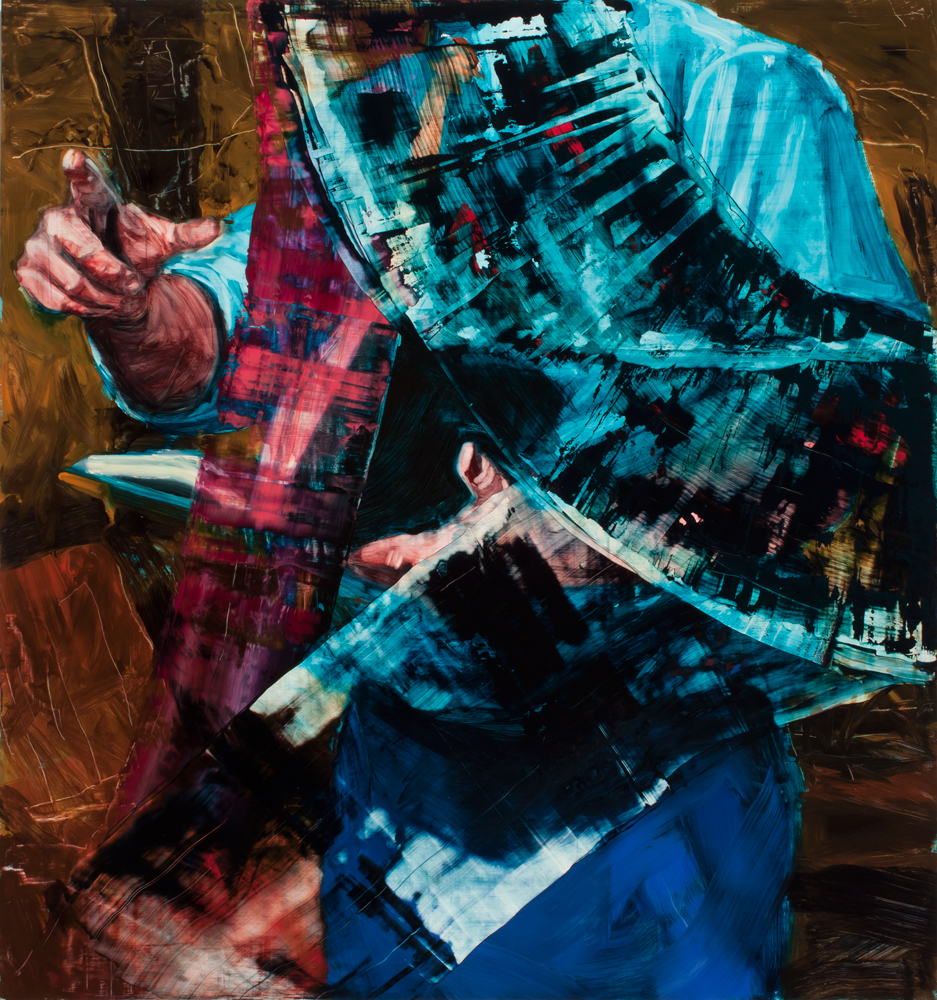 I believe I was the first to blow my firing squad a kiss.

Pucker up, lovelies, if you have lips.

Lips were introduced on Model 4501. They’re molded plastic, in Mamie Eisenhower pink. Someone on the fabrication team must have had a thing for his mother.

There is no worse prison than a prison run by nuns. If you are thinking I am talking about yardstick nuns, you are wrong. Those are Past Nuns. These are Future Nuns.

But the story of Perpetua spread, quiet as a church mouse, from convent to convent until one-by-one, nuns began to lose their composure, began straining to hear the sound of a single Harley prowling the neighborhood late at night. Their desires were answered by sleepless nights of seemingly eternal silence.

First sentence: “This summer my ambient metal band, [Enter Band Name], is going to record our best album ever, in a doghouse.” Due Date: Thursday, September 17th, 11:59 PM. Length: 300 words.